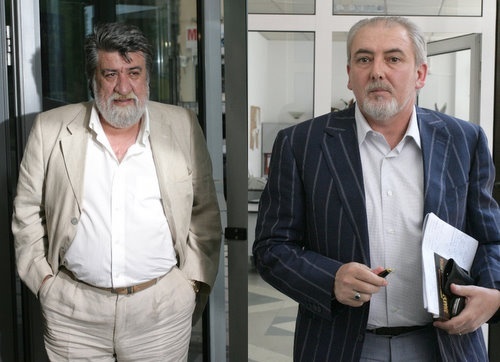 New accusations have been made in the nepotism scandal between two of Bulgaria's prominent ethnic Turkish politicians.

On Friday, Vezhdi Rashidov, a renown Bulgarian sculptor of Turkish origin and Culture Minister in the center-right government of the GERB party, revealed that Deputy Chair of the centrist ethnic Turkish party DPS (Movement for Rights and Freedoms, which was part of the governing coalitions in 2001-2009), Lyutvi Mestan, had helped his relatives take advantage of Culture Ministry funds in the city of Kardzhali.

The quarrel erupted over the so called musical or "Turkish theaters" or the way that Rashidov referred to two theaters in Bulgarian districts with ethnic Turkish minority which he thinks have been used by DPS to channel state funds to their relatives and supporters while they were part of the government. These are the Kadrie Latifova Theater in Kardzhali and the Nazam Hikmet Theater in Razgrad.

Rashidov announced that the Deputy Director of the first theater, Sabiha Mestan, is the wife of Lyutvi Mestan's first cousin. Sabiha Mestan is said to have registered a private firm hosted in the building of the theater that received state funds illegally; her brother, who is also said to be a distant cousin of Lyutvi Mestan has been appointed as the theater's driver.

The whole issue erupted over Rashidov's intention to merge the two "Turkish theaters" with the local mainstream theaters, which according to the DPS party will amount to their closure. (The Kadrie Latifova Theater is named of Rashidov's mother (1928-1962), a renown Bulgarian singer of Turkish folklore songs.)

Speaking on the Bulgarian National Radio on Sunday, Lyutvi Mestan, who reacted extremely strongly to Rashidov's claims on Friday, urged Prime Minister Boyko Borisov to become an "arbiter" in the quarrel because of his image as a "man of honor".

She further accused Rashidov himself of nepotism saying he pressured the theater to appoint his daughter-in-law to a position that was unnecessary, while also apologizing to the sister-in-law, calling her a "decent woman" but not mentioning her name.

"The state musical theater in Kardzhali was never Turkish. Turkish theaters are in Turkey, the Bulgarian theaters are in Bulgaria," Sabiha Mestan said, adding, "I am not related to Lyutvi Mestan. I would be proud if I was but I am not. I thank Minister Rashidov because he made me very famous. Unlike him, Mr. Mestan has always cared for Bulgarian culture and for our region. Instead of answering the questions about what brought about the need to shut the two cultural institutions in Kardzhali and Razgrad, Rashidov was focusing on my personality."

Sabihe Mestan said the already merged theaters in Kardzhali have all the documentation available and any claims against her could be investigated.