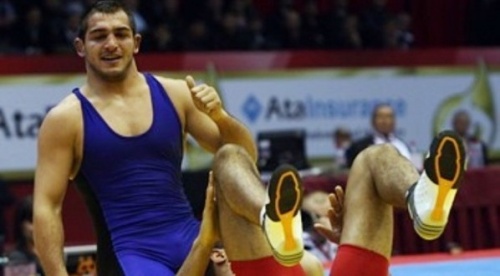 Bulgaria's Mihail Ganev at the 84-kg final in Moscow, which he came to win. Photo by EPA/BGNES

Bulgarian Mihail Ganev won the gold medal in the 84 kg category at the World Wrestling Championship in Moscow Saturday.

The Bulgarian wrestler had a string of three prior victories earlier on Saturday.

This is the third Bulgarian gold in Moscow, after Hristo Marinov won the 84-kg Greco-Roman wrestling contest Tuesday, and Stanka Zlateva got the 72-kg title for the women's contest.