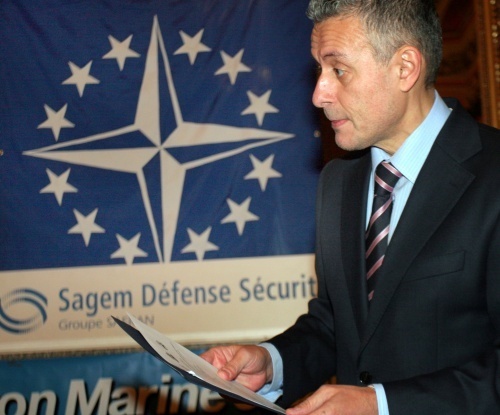 Interview with Dr. Solomon Passy on the opening of the fifth crossing point on the Bulgarian-Greek border – Ivaylovgrad-Kyprinos. Passy is the founder and Honorary President of the Atlantic Club of Bulgaria, the former Bulgarian Foreign Minister (in the government of Simeon Saxe-Coburg in 2001-2005), and Chairperson-in-Office of the Organization for Security and Cooperation in Europe in 2004.

Bulgaria's new border crossing point with Greece at Ivaylovgrad is already a fact. As a Foreign Minister, you started this process. Why were you one of the people who insisted that the southern Bulgarian border be opened right there, and why did you even took this up as a personal cause?

Since the 1990s the Atlantic Club of Bulgaria had made analyses showing that the proper European development of the economy of the Balkans goes through the removal of the borders on the Peninsula. This was more true for Bulgaria, which is in the center of the Balkans, than for anybody else.

That is why, upon completing our EU membership negotiations (in 2004) I realized that we have the necessary prerequisites for a steep increase of the number of crossing points on all of our borders. We formulated this new national priority into the Strategy for Doubling Bulgaria's Border Crossing Points – to about 35 in 2015 – that my government adopted in the spring of 2005.

This Strategy was in stagnation between 2005 and 2009 but I have been glad to see new dynamics emerge in the past year.

The Strategy focused special attention on the Rhodope Mountains and Bulgaria's borders with Greece and Turkey. We realized the potential for economic development in southern direction of the regions of Blagoevgrad, Smolyan, Kardzhali, Krumovgrad and Ivaylovgrad, whose natural hinterland is the Aegean Sea coast. We undertook a powerful lobbying campaign at the highest level for the opening of new border crossings.

The new border crossing completed this week will shorten the way from Sofia and Plovdiv to Ivaylovgrad (one of Bulgaria's most isolated regions) with one hour, and will provide an opportunity for economic growth in the region. The paradox is that the shortest route between two parts of Bulgaria is already going through Greece.

But this new border crossing is also going to realize an important regional aspect of globalization: it will open Ivaylovgrad and Krumovgrad for economic, cultural, and social development to the south towards Alexandroupolis, Edirne, and Istanbul, the Aegean coast, which will create a new local cultural and economic and ethnic-social phenomenon.

Ivaylovgrad has the chance to become the pet of Balkan globalization. I know there are people who are afraid of this but I also know that there are certain principles – fears cannot be cured with isolation (to which this region has been subjected to since 1944; and probably even since 1912) but with economy that we are already offering to it.

Actually, with the right interference of the Bulgarian state, it is possible to bring about the reverse process – explosive development of Eastern Greece and European Turkey in the northern direction, towards Ivaylovgrad and the Bulgarian Rhodope, which will be a real jackpot for the Rhodope Mountains region and Bulgaria.

My family – my wife Gergana and I – grew up in the Rhodope Mountains, and we know very well the needs of the people there, and the region's opportunities for economic development. I believe that this (i.e. Thursday – editor's note) was a really good day for the Rhodope.

On June 5, 2004, you as a Minister surprisingly crossed the border at the spot of today's new border crossing, and literally invaded Greece. This was not actually very legal, and you were a kind of an "undetained intruder" even in your capacity as minister. Why did you do it?

I think that the first law to which every politicians should subscribe to is the Constitution and the long-term interest of the nation. If an ordinance contradicts them, it should not be .

In 2004, we realized that with the traditional bureaucracy, the opening of border crossings could drag on for 10-15 years after Bulgaria's EU accession. That is why, we had to resort to "non-traditional moves.

Actually, right after my "invasion" I called the then Greek Foreign Minister, and today Prime Minister of Greece, and my good friend, George Papandreou, and told him, "George, I am calling you from your territory – I just found that crossing borders is a very simple business. If you are going to arrest me as an intruder, I will not offer resistance. Otherwise, let's get down to the removal of this so unnecessary border that cannot even hold a regular foreign (and not even a defense) minister." He laughed a lot, and since then things started to move at a greater pace.

I would like to extend special thanks to the Chair of the Union of Thracian Associations, Kostadin Karamitev, and the Mayor of Ivaylovgrad, Stefan Tanev, who have been lobbying actively the entire time for this cause that is now starting to bear its first fruit.

Let's not forget that all government's before mine contributed to this success – and all foreign ministers – from Nadezhda Mihaylova (now Nadezhda Neynski) through Stanislav Daskalov all the way to Viktor Valkov as far back as 1990s, as well as the two Presidents, Zhelyu Zhelev and Petar Stoyanov. I was invited to the opening but I hope they won't forget to invite these people because history does not start today.

But you did violate the law, and the Greek authorities had the right to arrest you?

This step was like an anecdote – on the brink of diplomacy, or at the border between diplomacy, politics, and standing up for the national cause. I would even call it European integration in action.

Let's not forget as well others – far greater actions – with similar lack of legal clarity but with political expedience: for example, Bulgaria's Unification in 1885, whose 125 anniversary we celebrated this week. These are great bright examples that we must not just celebrate but also implement when necessary.

Is there anything right in the silent motive of Greece, Bulgaria's southern neighbor, that it has been protecting itself from the opening of traffic and travel in a region where there is a substantial Muslim population on the two sides of the border?

I have heard these interpretations but even if this used to be a consideration in the more distant past, it will not be a part of the future thinking in the Balkans.

Athens is generally always late with the preliminary schedules for the opening of new border crossing points with Bulgaria. What were Greece's explanations when you were the Foreign Minister?

There have been delays on both sides. But there already are new realities. I believe that after Bulgaria's upcoming admission to the Schengen Area, there will be neither factual, no legal borders between Bulgaria, Greece, and Romania. In the future our borders with Turkey, Serbia, and Macedonia will also be removed so that we can think after that for our neighbors on the other side of the Black Sea.

Actually, a good description of the Schengen Area is the following: if a student mounts their bike in Cyrpus or Greece, they should be able to go – without anybody stopping them – through Bulgaria – all the way to the Polar Circle, Ireland, Iceland, or Portugal. I think this goal is worth the efforts.

*This interview has been provided to Novinite.com (Sofia News Agency) by the Atlantic Club of Bulgaria