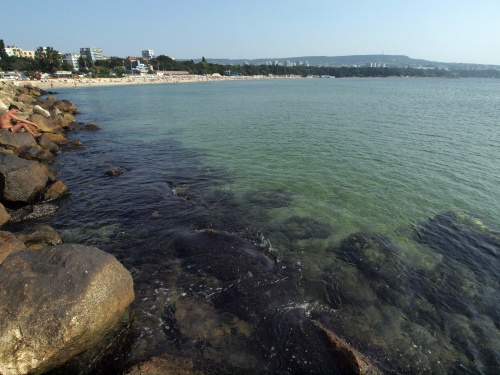 The tourism industry has also been traditionally the favorite sector of those in power in Bulgaria as it is the only one that enjoys a reduced value-added-tax. Photo by BGNES

Bulgaria's government plans to introduce a 9% unified value-added tax (VAT) in the tourism sector, not 14% as initially planned, the prime minister said on Friday.

The move comes in response to the demand of the European Union that Bulgaria should harmonize tourism VAT, which currently stands at 7% for organized groups and 20% for individual tourism. The new tax will be introduced most probably after the end of this year's tourism season at the insistence of tour operators.

"It is not a good thing to mess up their business plans for just a few months, but otherwise this is good news for all holiday-makers who don't use the services of tourism agencies," Boyko Borisov commented.

The idea for a unified tourism VAT tax has sparked an outcry from tour operators and hoteliers, who called it "ridiculous" since all contract deals with foreign tour operators for the clients' vacations in Bulgaria in 2011 have already been signed and called for postponing the new tax until 2012.

Tourism is one of, if not the most important industry for the perennially cash-strapped Bulgaria - it not only provides nearly 10% of the country's GDP, but is also a significant source of foreign currency and jobs. The industry has also been traditionally the favorite sector of those in power - it is the only one that enjoys a reduced value-added-tax.

Following its EU accession, Bulgaria was expected to capitalize on its tourism industry potential and benefit from the increased exposure and easier accessibility to its markets, but critics say it never made it to the breaking out of the champagne.

The economic growth that Bulgaria saw over the last few years was built upon the growth in construction, real estate and tourism sectors. The industry says the government should focus its efforts on the tourism sector and introduce a package of anti-crisis measures, now that the construction and real estate sectors are facing a collapse.