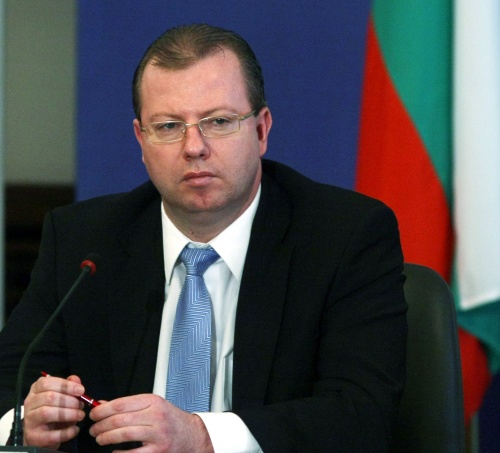 The head of the National Revenue Agency, Krasimir Stefanov, has joked that tax evasion has been a national sport for the past 20 years. Photo by BGNES

The director of the Bulgarian National Revenue Agency has stated that tax evasion has been very common in the recent years, but the tax administration has progressed in the past year.

"Everybody knows that in the past 20 years tax evasion has become a national sport. But this year one could see that we have a working tax administration," the agency head, Krasimir Stefanov, said and confirmed that the planned BGN 12 B income from taxes for 2010 will be collected.

Stefanov has explained that Bulgaria is the only EU member state, which does not have a threshold for cash payment.

"In Estonia, at the European meeting of the heads of the Revenue Agencies,I also found out that we are the only revenue agency which does not have an access to bank accounts, even of individuals," he said Friday in an interview for the Bulgarian private TV channel bTV.

The revenue agency head has stated that they are working on aligning the Bulgarian and the EU tax legislation.

Stefanov has pointed out that the checks on football clubs continue.

"It turned out we have a direct fiscal effect from these check. So far the checks on football clubs has brought BGN 8 M. Accounting is not the strongest side of the football sector but we have disciplined them," he said.