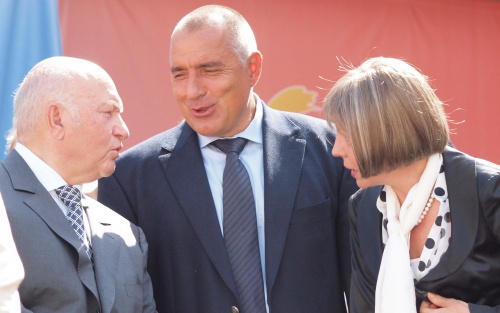 The Raduga complex, which is part of the Kamchiya resort, was built in 12 months, with an investment of about EUR 40 M.

The complex is owned by the city of Moscow, which invested in it in order to turn it into a recreational facility for Russian kids and pensioners.

The Raduga camp is part of a larger investment project of the City of Moscow for the construction of an international children's health and recreational complex "Kamchiya." Moscow City's total investment will be about EUR 120 M. 400 Russian schoolchildren have already arrived to the camp to participate in educational activities.

During the opening ceremony Bulgarian PM Borisov boasted a 30% increase of the number of Russian tourists in 2010 compared with 2009. Bulgarian Economy Minister Traikov, Education Minister Ignatov, and Sofia Mayor Fandakova also took part in the opening of Raduga.

After his conversation with Borisov, Mayor Luzhkov said Russian consumers liked Bulgarian products such as wines, vegetables, and mineral water. He pointed out such products could be delivered straight to Moscow within 12 days using river and sea ship transport.

"From what I understand, PM Borisov likes this idea of using water transport to bring Bulgarian goods to Moscow, so we will be working on it," Luzhkov said.

He explicitly thanked the Bulgarian firefighters who took part in fighting the forest fires in Russia over the summer.

"Help that arrives at such a moment, in such tragic and emergency time, remains forever in the hearts of the people. All Russians now know that Bulgaria reacted immediately and sent firefighting specialists to the toughest sports in Russia. The arrival of the Bulgarian firemen is a confirmation of the brotherhood between our nations, this was not just a gesture of a nice or well-intentioned outsider," Luzhkov declared.