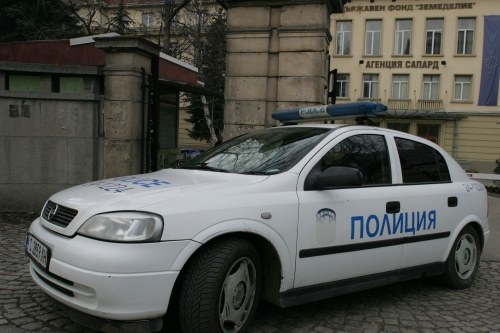 Biser Mihaylov, who was arrested earlier on Thursday, has been released on a BGN 5,000 bail. Photo by BGNES

The Deputy Prosecutor of Bulgaria's western city of Pernik, Biser Mihaylov, who was arrested for racketeering, has been released on a BGN 5,000 bail.

Mihaylov was arrested earlier on Thursday over information of racket and coercion. He has been accused of blackmailing a fellow-citizen.

According to the Prosecutor's Office, Mihaylov threatened he would pour acid on the woman and her child. The woman's husband has called the police.

After the search, the police officers found EUR 40,000 in the home of Mihaylov's brother. It has not yet been announced where did the money come from. The brother has not been arrested.

According to initial information, witness has said that Mihaylov acted as a loan shark, giving an individual a loan in the amount of BGN 30,000 and receiving BGN 3,700 a month in interest. The prosecutor also threatened the witnesses.