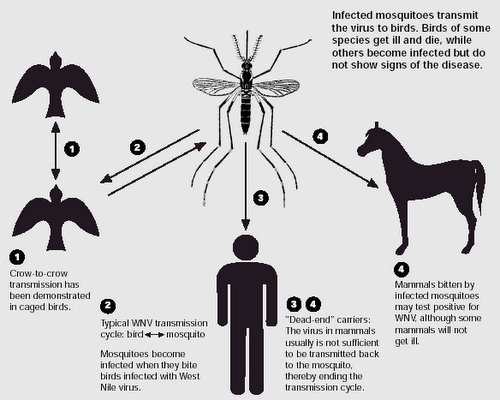 Three people have died and four more have been infected with the West Nile virus in Turkey, the Turkish Health Ministry has announced.

All the victims came from the western Turkish provinces Manisa, Aydin and Isparta. They were all elderly people and had other serious illnesses, the Turkish Health Ministry has announced.

Two of the infected people have been hospitalized.

The Turkish authorities have announced that there was no danger of a West Nile virus outbreak and no serious threats for the public health.

Tiger mosquitoes are reported to be the carriers of the West Nile virus, which begins with a fever, high temperature, nausea and vomiting, which are the symptoms of an ordinary virus infection.

The virus caused the deaths of at least six Russians, four Greeks and two Romanians.

No cases of the West Nile flu virus have been reported in Bulgaria yet, and the Bulgarian health authorities have sought to assuage the fears of the people after the first fatalities in Greece earlier in August.