Bulgarian Tour Operators Shocked by Govt's Plans to Up VAT 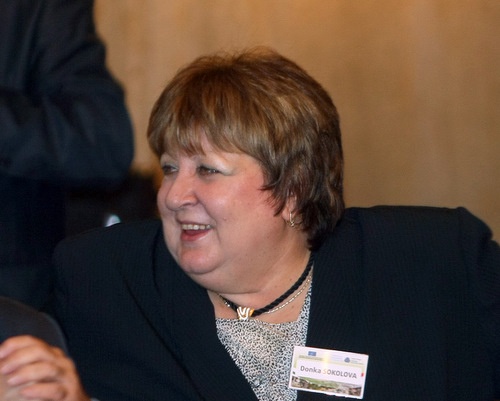 Donka Sokolova, head of the Bulgarian Association of Tourism Agencies, has reacted negatively to the government's idea to up VAT for tourist services. Photo by BGNES

Bulgarian tour operators have reacted with dismay to the announcement of the Finance Ministry's plans about considering increasing the VAT for tourist services from 7% to 14%.

The proposals for upping certain taxes to raise additional revenues posted at the Ministry's website do not involve an overall increase in taxation rates but put forth greater levy burdens for some cases.

This includes the tourism VAT rate, which at present is 7% for organized groups and a regular 20% rate for self-organized tourists. The proposal is for a 14% unified rate for all tourist transactions, which will guarantee equality for all tourists. Bulgaria's value-added tax for all other sectors is 20%.

According to Donka Sokolova, Chair of the Bulgarian Association of Tourist Agencies (BATA), the ideas of the Finance Ministry with respect to the tourism VAT increase are coming out of nowhere.

"Our contract deals with foreign tour operators for the clients' vacations in Bulgaria in 2011 have already been signed, and it is ridiculous to increase the prices now because of the government's plans to up the VAT on tourism services," Sokolova told Darik Radio in reaction to the news that she says she and other tourism managers "heard on the radio."

"First, I would like to remind this government that we have got a pre-election agreement in which they have committed to not changing the VAT rate for tourism services. Second, our international deals were sealed two weeks ago. This is madness – how can we renegotiate them!," declared Sokolova slamming the Cabinet's anti-crisis measures by saying they only made things harder for the tourism sector.

In her words, all nations but Bulgaria undertook anti-crisis measures to help the tourism companies; Greece, which even reduced the VAT for tourist services, was cited as an example.

"I think this is just not a good idea in this hard situation. I hope that the government will demonstrate that it is prudent and will realize that this is not the best time to up the VAT rate," she said.

When asked about the proposals for upping certain tax rates earlier on Tuesday, Bulgarian Prime Minister Boyko Borisov declared he would not comment on them because they were "just proposals."