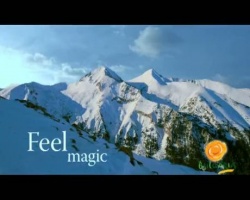 Bulgaria will be advertised as a year-round tourist destination on Euronews, Eurosport, National Geographic Channel and Discovery Channel as of September 6.

The funding for the advertising campaign amounts to BGN 7,5 M and will be provided through a project under the EU operational program "Regional Development".

In three short videos Bulgaria will be presented as both summer and winter tourist destination. During the two campaigns, the ads will be aired more than 3000 times on the four major TV channels.