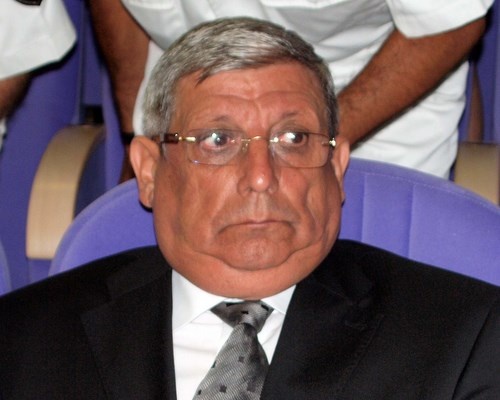 Bulgarian Defense Minister Angelov has not only kept his job after his Syria blunder but is heading to Poland to boost bilateral defense cooperation. Photo by BGNES

Bulgaria's Defense Minister Anyu Angelov is heading to meet with his Polish counterpart for talks, which likely have to do with the US missile shield in Europe.

According to the official statement of the Bulgarian Defense Ministry, Gen. Angelov is flying off to Poland on Sunday for a two-day visit during which he will meet with his Polish counterpart Bogdan Klich in order "to discuss NATO's new strategic concept, the transformation of the Alliance, and the deepening of the bilateral cooperation in the field of defense."

The Ministry press office also says Angelov and Klich are also going to discuss the perspectives of the Permanent Structured Cooperation of the EU in the field of defense as well as the policies and initiatives to be taken up by Poland after the country assumes the Rotating EU Presidency in July 2011.

The statement of the Bulgarian Defense Ministry makes no mention of the US missile defense in Europe but this matter will most likely be discussed by the two ministers as both Bulgarian and Poland are crucial allies of the United States in Eastern Europe.

Under the original Bush Administration missile defense in Europe plan, interceptor missiles were supposed to be stationed in Poland while a radar was to be set up in the Czech Republic. The Obama Administration has altered this plan to go at first for sea-borne elements of the missile shield in Europe, and to station them in Bulgaria and Romania at a later stage.

As Romania is expected to host the interceptor missiles, Bulgaria might likely host the radar system. Statements by senior Bulgarian and US officials have made it clear that the precise form of the implementation of the missile shield in Europe will be determined after the NATO summit in Lisbon in November when the Alliance is expected to adopt the missile defense in Europe as its own project, upgrading it from a purely US initiative.

Bulgaria's potential participation in the US missile defense in Europe has been discussed since January 2010, according to the formal acknowledgment of US Ambassador in Sofia James Warlick. It has already caused deep trouble for Bulgarian Defense Minister Anyu Angelov because he made a blunder by stating on TV that Bulgaria must join the shield in order to be protected from missiles fired by Iran and Syria – to which Syria reacted by threatening to break off its diplomatic relations with Bulgaria. Angelov's gaffe nearly cost him his job.

During his visit in Poland, Gen. Angelov will visit the 18th International Defense Industry Exhibition (MSPO) in Kielce which will feature over 350 participants from Europe, the US, Canada, and the Middle East.