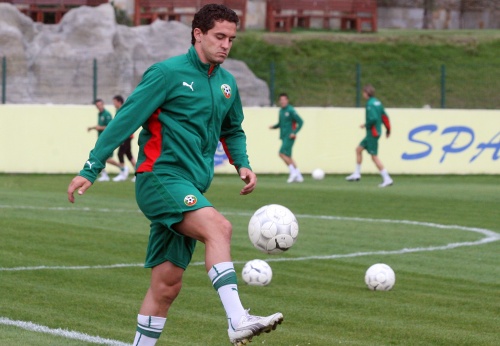 An announcement on the website of the Israeli club has made it clear that Rangelov has passed all tests successfully, and has signed a contract with Maccabi Tel Aviv.

The 27-year-old Bulgarian striker will play on loan for Maccabi for one season, and the Israeli club will have the right to purchase him from Borussia if they are satisfied with his performance.

Rangelov has played for Slavia Sofia, Strasbourg, Erzgebirge, Energie Cottbus, and Borussia Dortmund. In his one season for Borussia he made 11 appearances and scored one goal.

Since 2007, Rangelov has played in 16 matches for the Bulgarian national football team, and has scored 2 goals.

He had a near miss in Bulgaria's catastrophic 4:0 loss from England at the start of the Euro 2012 qualifications on Friday; after signing with Maccabi, Rangelov has re-joined the Bulgarian national team for its next qualification match against Montenegro in Sofia on Tuesday.