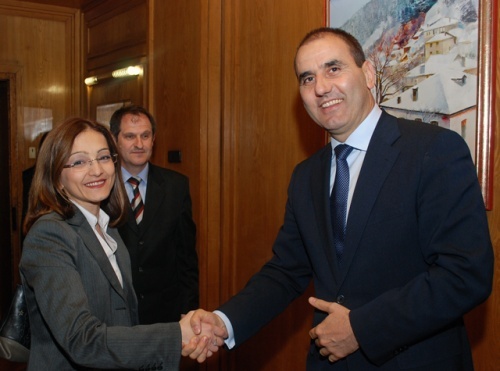 Interior Ministers of Macedonia - Gordana Jankulovska - and Bulgaria - Tsvetan Tsvetanov (right) - shake hands during a May meeting in Sofia. Photo by BGNES

The opposition in Macedonia declared Saturday they demand the resignation of Interior Minister, Gordana Jankulovska, over the Thursday triple murder in Skopje.

According to the Social-Democrat Union, one of those gunned down is Jankulovska's bodyguard, also having ties with the security services for the country's Prime Minister. The opposition says it is unacceptable the person in question was in the company of known illegal drug dealers, who also became victims of the crime.

Three people were killed at the Big fish dining place, a popular restaurant in Skopje, after a man with a "Kalashnikov" gun stormed inside and began shooting.