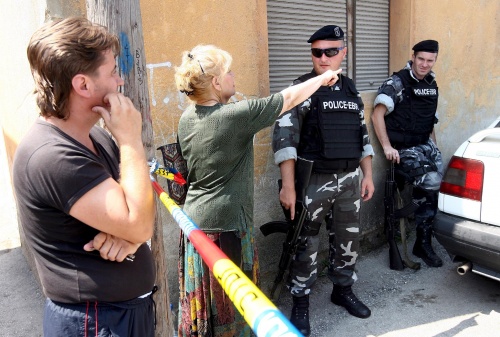 A man armed with a Kalashnikov automatic gun stormed a busy restaurant in downtown Skopje Thursday night and went on a shooting rampage.

Three people were killed at the Big fish dining place – a police officer, a close relative to the Chief of Security of the Macedonian Prime Minister, and an individual, who was known as a notorious underworld figure.

The Macedonian police is investigating the case and questioning the prime witness – a young woman, who was at the same table with the victims.

After the shooting the gunman left the restaurant and threw the Kalashnikov in front.

According to unofficial sources, the man and an accomplice were arrested when trying to flee in an automobile.

The shooting triggered panic in the Skopje Aerodrom district, at a nearby shopping center and a popular fast food place.