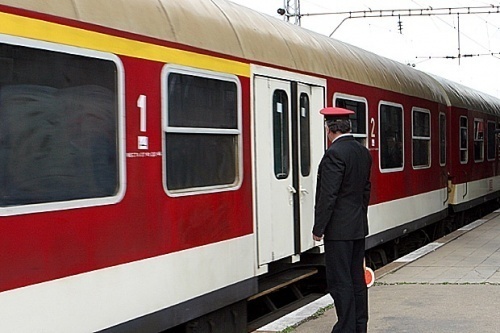 The company aims to increase its freight revenue by 19 percent in 2014 and passenger revenue by 24 percent. Photo by BGNES

Bulgarian State Railways EAD is in talks with a number of banks, seeking a BGN 460 M international syndicated loan to help finance debt payments through 2014 and turn around the indebted company, the company chairman told Bloomberg agency.

The group of banks include the World Bank, the European Bank for Reconstruction and Development, Deutsche Bank AG and UniCredit Bulbank AD.

The funding would be linked to a five-year plan to make the operator profitable after posting losses for 20 years because of previous mismanagement and the recession, he said.

"The amount is huge and it will probably be a syndicated loan lead by the World Bank and the EBRD," Vladimir Vladimirov said. "It is possible to reduce the borrowed amount after the reforms take effect."

A World Bank team will visit the railway operator in the middle of September to discuss the 105-step turnaround plan and financing needs, he said. The loan will be used to repay debts to suppliers, to the railway maintenance company and to banks. The Parliament approved state guarantees for the loan, he said.

"Our aim is to stabilize the company in the next two years and to enter into a partnership with some of the major European carriers that are interested in operating in Bulgaria," Vladimirov said. "We are looking at options to set up a joint venture or fully privatize our freight unit."