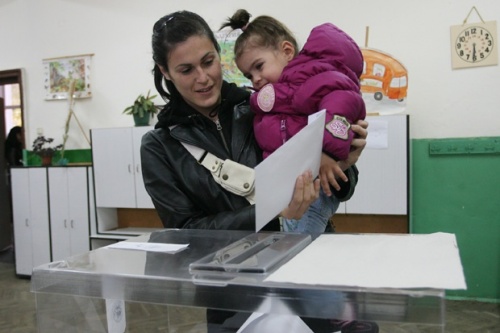 If the the pilot online voting proves successful all Bulgarians will be able to replace the paper ballots with electronic ones. File photo

Amendments to the Election Act will include pilot online voting for the next year's presidential and local elections, the Bulgarian TV channel bTV reported Tuesday.

The pilot project is to involve only several election polls in the country to be decided later by the Central Election Commission (CEK). Those selecting to vote online will receive their own, unique PIN. The system will allow each person to vote on the internet twice in case they make a mistake the first time.

In order to prevent PIN transfers to other individuals, the ruling Citizens for European Development of Bulgaria (GERB) party proposes that the Election Act postulates voters, who have cast their ballot on the internet, can still change it by visiting their election poll in person and use a paper ballot while the online one will be annulled. This will be made possible because the ballots submitted online will be kept until the end of election day on special computer servers called electronic ballot boxes.

During the general elections in the summer of 2009, only one section had some sort of pilot electronic voting, but it used smart cards, which will have nothing to do with the 2011 trail vote. CEK has decided voting via electronic machines, as it is common practice in many western countries, is too expensive for Bulgaria, NEK member Mihail Konstantinov told bTV.

If the pilot online voting proves successful, it would be introduced for all Bulgarians, giving them the opportunity to vote from anywhere around the globe, providing they have internet connection while the confidence of their choice would still be maintained. The online voting will begin no later then 5 days and end no later then 48 hours before election day.

The move is planned to make voting easier for the staggering number of Bulgarian emigrants, GERB Members of the Parliament say.

The MEPs have set the goal to pass the new Election Acts by the end of 2010.

The cost of the pilot project is yet to be determined.