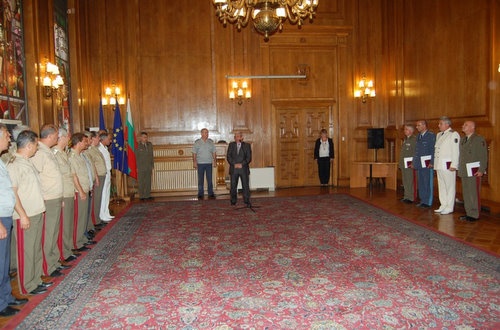 Major-General Stefan Vasilev has formally taken over the command of the land forces of the Bulgarian Army at a special ceremony.

Vasilev is replacing Lieutenant-General Ivan Dobrev, who will be retiring, announced the Defense Ministry.

Major-General Stefan Vasilev is a graduate of the Vasil Levski Military University in Veliko Tarnovo; through his career, he has climbed the military ranks from a platoon commander to a general.