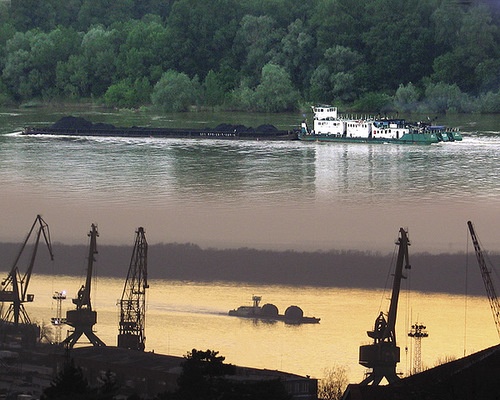 Bulgaria's Danube trade is down substantially. Photo by brp.bg

Bulgaria’s Dabune trade has collapsed as Bulgarian River Shipping Jsc has seen a 49% drop of its revenues in the first half of 2010.

Company data shows that the revenues of the major Bulgarian Danube freight carrier declined to BGN 17.2 M in January-June 2010 year-on-year.

In the same period, the net profit of Bulgarian River Shipping Jsc collapsed by three-quarters, down to BGN 960 000.

The major factor for the poor results of the company is said to be the reduced volume of transport of various materials on the Danube River. The expensive US dollar is seen as a secondary factor.

The financial data of the company shows that in the first half of 2010, Bulgarian River Shipping transported less grain and less ore. There was a slight increase in the volume of metals and metal products that it transported from Bulgaria and Romania to Austria and Germany.

The formerly state-owned Bulgarian River Shipping Jsc, which controlled Bulgaria’s entire Danube trade, was privatized in 2006. A majority share, 77%, of it is owned by the Bulgarian Shipping Company, a subsidiary of the Varna-based group Chimimport.

In March 2010, Bulgarian River Shipping won the tender for operating the Vidin-Kalafat ferry boat connecting Bulgaria and Romania for 3 years before the completion of the Danube Bridge 2 as well as a 30-year concession of port Vidin-North and Ferry Boat Complex – Vidin.