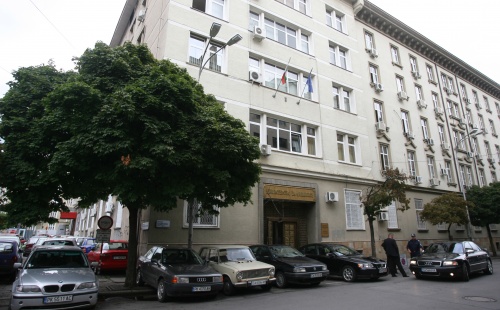 The builiding of the Ministry of Finance in downtown Sofia. File photo.

The nominal amount of Bulgaria's national debt at the end of 2009 is EUR 4.8 B, announced the Ministry of Finance.

Tuesday the ministry officially published its annual review of government debt for the previous year.

The total amount has decreased by a marginal EUR 13.1 М in comparison with 2008.

The share of national debt at the end of the previous year amounted to 14.3% of GDP.

The Ministry of Finance notes a “positive change” in the currency structure of Bulgaria's debt expressed in an increase of the share of debt denominated in euro which according to it minimizes currency risks.

The share of debt with fixed interest rates was 75.8%.

The share of debt for which sovereign bonds have been issued is 12.7%, or EUR 612.1 M. This amount has dropped with EUR 22.2 M in comparison with 2008 due to payments on debts and changes in exchange rates over the year.