Construction of Bulgarian Highway Final Section to Kick Off 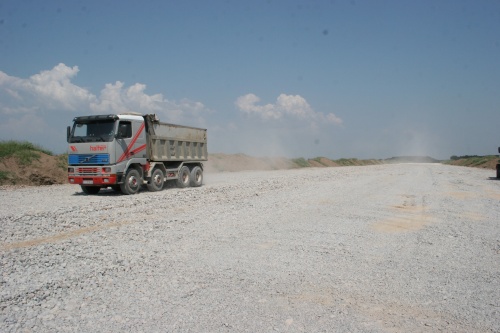 Tuesday the Bulgarian government signed the contract for the construction of the last section of Trakiya highway set to connect capital Sofia to Black Sea city of Burgas.

So-called Lot 4, between the towns of Yambol and Karnobat in southeastern Bulgaria, has a deadline of 28 months for construction, which will kick off September 3.

Lots 2 and 3, joining Stara Zagora and Yambol, are under construction, while Lot 5 between Karnobat and Burgas is ready.

It is to be built by the Trakiya IV company in partnership with Holding Roads, who offered BGN 174.7 M VAT excluded at the tender.

In comparison to Lots 2 and 3 of Trakiya Highway, the price for Lot 4 is the highest because of the more difficult area.

Regional development minister Rosen Plevneliev was present at the signing and stated that there will be cabinet discussions this and next week regarding funds to be spent on a large-scale road repair campaign that the government is planning to launch.