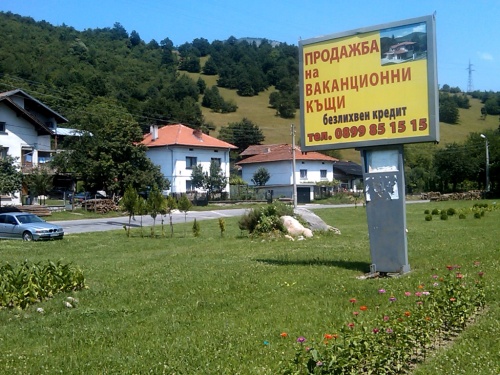 The interest of UK citizens to property in Bulgaria has dropped by 64% for the period July 2008 - July 2010. Photo by BGNES

The credit crisis has significantly decreased by 64% the interest of British citizens to real estate in Bulgaria, UK property website has announced.

Rightmoveoverseas.co.uk has announced that the requests for search of Bulgarian properties at the website has dropped by 64% for the period July 2008 - July 2010.

With this decrease, Bulgaria has been assessed as one of the “market at lost”, in which the drop of interest is bigger than the average change (-37%) of requests for search in the countries, which used to trigger more than 1000 requests per month.

“Two years after the beginning of the credit crisis, it is clear that the property market abroad is totally different. Much of the market dynamics have disappeared. Some believe it is a good thing. So you would have difficulties finding a random investor , who would want to make a quick profit through reselling apartments, located at extraordinary places,” said Robin Wilson, Head of Overseas at Rightmove.

Wilson has explained that only a few countries have managed to go back to their positions from 2008 and there have been huge differences in the speed of the recoveries.

Dubai has been severely affected, experiencing a drop by 80%, compared to July 2008. Eastern Europe has also lost popularity in the UK.

On the other hand, the Netherlands and Germany have registered 37% and 32,7% increase in comparison to 2008.

Although it has a drop by 11,57% in comparison to 2008, Spain is actually in the category for the countries with good results and it is recovering twice faster than France.

The countries that have good results, according to the website, are the ones who have a drop smaller than the average change, which is -37%.