France Going out on Nationwide Protests Against Roma Expulsion 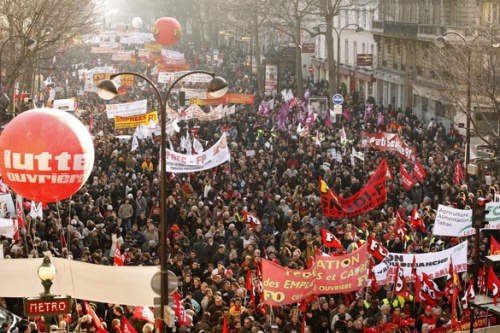 French people are bracing for street protest next Saturday against the policy of their government in deporting unwanted Roma from the country.

People are called to go out on the streets nationwide, with protests scheduled for September 4 in dozens of cities and towns across the country.

The protest is organized by 30 French civic and human rights organizations.

Representatives of both leftist and rightist parties are expected to participates, as well as people from France's powerful trade unions. The protest will also be directed against Sarkozy's overall reforms introduced in the country.

The organizations behind the planned protests are calling out against what they see as “xenophobia and pillory politics” of the French government and press for equality for all people.

Organizations invite French citizens to sign a “Citizen’s Call” against all politics of hate and fear.

September 4 is the day emperor Napoleon III was deposed in 1870 and the Third French Republic was created.