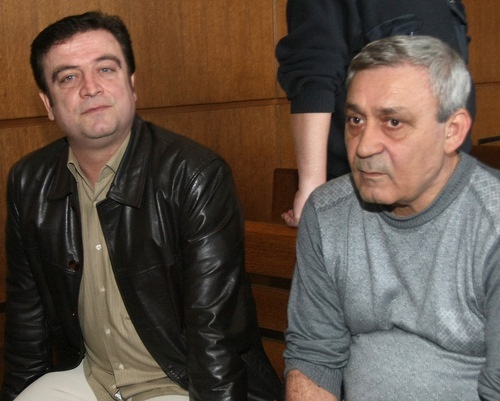 Euroroma leader Kanchev (left) has been released on bail, whereas his alleged accomplice, Hristo Varbanov, aka The Pope (right), has been left in jail. Photo by BGNES

Tsvetelin Kanchev, leader of the Euroroma party and a former member of parliament, has been indicted in Sofia City Court on allegations of blackmail.

The Euroroma leader, Hristo Varbanov, aka “Papata” (“The Pope”), and Dimo Stanchev were arrested at the beginning of December on charges of blackmailing the former Head of Civil Defense, Nikolay Nikolov.

They had demanded EUR 160 000 from Nikolov, threatening to publish incriminating documents if he did not comply.

At the beginning of April Sofia Appellate Court released the Roma leader on BGN 20 000 bail following a number of failed appeals.

According to Kanchev’s lawyers, he has been released because the evidence gathered with special surveillance devices did not implicate the name of the defendant in the illegal dealings with Nikolov.

Kanchev, aka “Don Tsetsi”, was luckier than his alleged accomplices as Hristo Varbanov was left behind bars, while Dimo Stanev was placed under house arrest.