Bulgarian Economy Minister: Nuclear Plant Cost Up to EUR 9 B 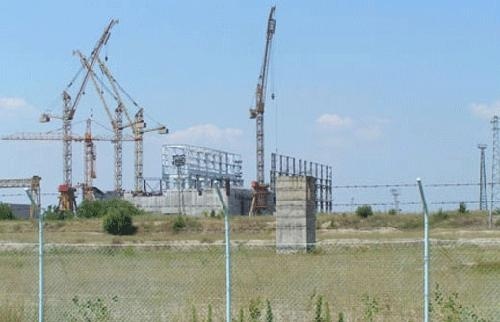 The site of NPP Belene in Northern Bulgaria. The project started as early as 1981, but since then little has been done. Bulgaria is now loking for a new investor and funds to complete the project. Photo by BGNES.

Bulgaria’s Economy and Energy Minister, Traicho Traikov, announced Thursday the price for the project to build a second Nuclear Power Plant in the Bulgarian Danube town if Belene has reached EUR 9 B.

Traikov informed Bulgaria is holding negotiations with Russia with the hope to lower the price. When asked by a reporter if Greece has been invited to participate in the project, during bilateral cabinet talks, the Minister confirmed the proposal was first voiced precisely during this meeting, but was unofficially put on the table last year. Greece is interested, according to him.

In the spring, the Russian government, whose company Atomstroyexport was supposed to construct the Belene plant, offered Bulgaria a state loan of EUR 2 B in order to keep the construction going until Bulgaria finds an investor. Prime Minister, Boyko Borisov, however, has made it clear on several occasions that Bulgaria will not construct the new plant unless it finds a strategic investor from Western Europe. The July report of Borisov’s ruling, center-right Citizens for European Development of Bulgaria (GERB) party for the first year of their term listed among the cabinet’s top priorities finding a strategic investor for the Belene NPP.

On another subject, regarding the much criticized lately investment program of the National Electric Company (NEK), which is partially blamed for the recent blackouts on the southern sea coast in the peak of the summer season, Traikov announced the NEK new policy for the next 2 years aims at improving quality and security of supplies.

When asked if there would be sanctions over the power outages triggering losses for the tourist industry, the Minister said: “Sanctions are sanctions, but if we follow this logic, it means we must fine for years back all those who built hotels on the beach, those who allowed this to happen and tarnished the image of our summer resorts.”