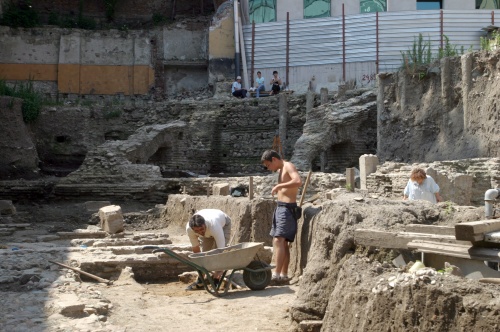 Bulgarian archeologists are researching sites all over the country. The summer is the archeology prime time when many discoveries are made. File photo

A burial site with three funeral mounds is researched by Bulgarian archeologists near the southern city of Yambol.

The site is located in an area known as “Baalar Kayryak” in the vicinity of the village of Boyanovo.

In one of the mounds, where the excavations are near conclusion, the archeologists have uncovered four burials from the late bronze age, around the time of the Trojan War, 1 300 BC.

The other 8 burials in the area are even older – about 2 500 BC. In the second mound, the sites are most likely from the Roman Age, experts say.

The 3 mounds lay about 150 – 300 meters from one another and form a joint necropolis, which has been a sacred burial site for over 1 500 years. The discoveries confirms scientists statements that people then believed in rebirth because the dead were placed in the ground in the embryo position i.e. the way they came to earth.