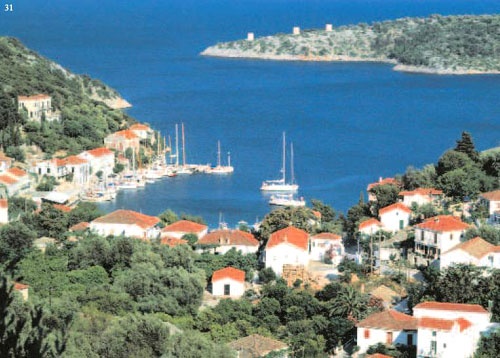 After 16 years of excavations on the Ithaca island, the Greek archaeologists have announced they have found the palace of Odysseus. File photo

Greek archaeologists have claimed they have found the palace of Odysseus during excavations on the Ithaca island in the Ionian Sea.

On Tuesday, the archaeologist, Thanasis Papadopulos, who has been leading the excavation team on Odysseus' home island for 16 years, said that he knew the right place of the remains since 2006.

“We found the ruins of a three-level palace with a staircase carved into the rock,” Papadopulos said, adding that they also found a well, dating back to 13th century BC, when the Trojan War is believed to have taken place.

According to the archaeologist, the discoveries are identical to the ones described in Homer's Odyssey, presumably written about 8th century BC.

The Greek Ministry of Culture has provided more funding for the continuation of the excavations.

The mayor of Ithaca, Spiros Arsenis, has stated that Papadopulos' discovery is easily one of the most important discoveries in modern archeology, as reported by the Russian news agency RIA Novosti.