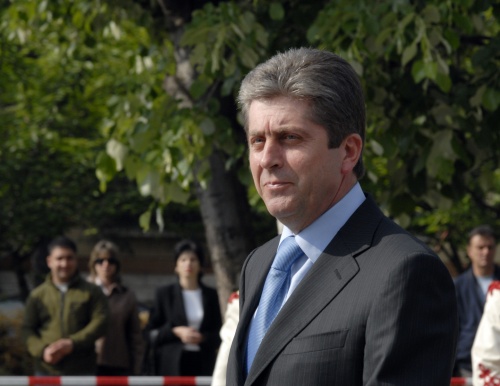 Bulgaria’s President, Georgi Parvanov, was on an official visit to Macedonia Sunday. Photo by BGNES

Bulgaria and Macedonia have agreed on using every occasion and all opportunities in order to intensify economic and trade relations, the Bulgarian President’s press office informs.

The agreement has been reached during the official visit of President, Georgi Parvanov to Macedonia Sunday and his meeting with Macedonian counterpart, George Ivanov.

The two further discussed stepping up collaboration in mutually beneficial European and regional level projects for the construction and modernization of road, railroad, and energy infrastructure along with better ties in the sectors of culture, science and education.

Bulgaria and Macedonia have also stated a common vision for the future of the region as fully integrated in Europe and NATO and the importance of Bulgaria’s support for Macedonia in joining the latter.

The two presidents agreed to intensify work on drafting the text of a new bilateral contract between the two Balkan states.