France to Deport Further 139 Roma to Bulgaria or Romania 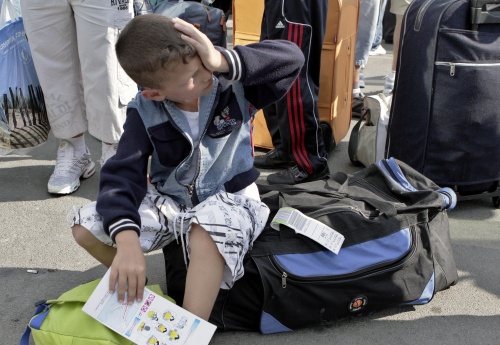 A gipsy child waits for his parents shortly after arriving from Lyon at the Baneasa international airport, Bucharest, Romania, 19 August 2010. Photo by EPA/BGNES.

France will allegedly fly out Friday a further 139 Roma persons from its territory to Bulgaria or Romania, according to information by French minister of immigration Eric Besson.

Besson announced that at least 850 Roma persons will have to leave France by the end of August.

The next deportation is expected for next Thursday, when 160 persons will be deported.

Meanwhile, the French government is reluctant to style its actions as "deportation", saying that Roma people are leaving the country by mutual agreement and for a compensation (EUR 300 per adult, EUR 100 per child), and also retain the right to return whenever they might wish.