Smog Comes Back to Moscow 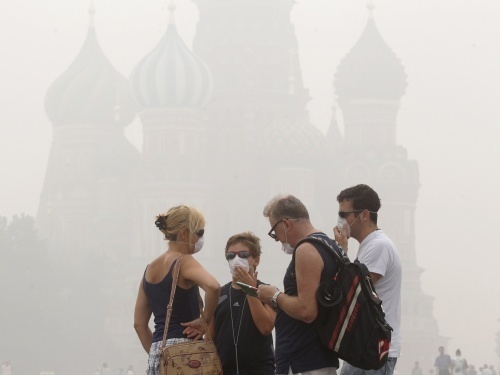 The smog has come back to Moscow despite the positive signs from last week that indicated that the air might finally be clean. Photo by EPA/BGNES

The smog has come back to Moscow for the second time in a month, the BBC has reported.

Last week, the Russian RIA Novosti reported that the smog, caused by the devastating wildfires, has begun to leave the Russian capital and that the air was clear.

However, it has started to come back and on Tuesday Moscow was covered in a blanket of smog again.

Russia's Ministry of Emergency Situations has announced that the firefighters have decreased the areas covered by fires by a quarter over the past 24 hours. However, 14 fires are still burning east and southeast of Moscow.

More than 166 000 people and 62 aircrafts and helicopters are working on putting out the fires.

These were the worst fires in modern Russian history. The national death toll attributed directed to wildfires was above 50 and up to 2000 homes have been destroyed.