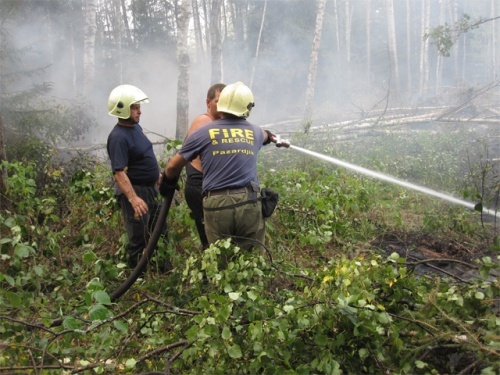 Russia has imposed a ban on grain exports until at least the end of the year, BBC reports Monday.

The ban was imposed in the aftermath of a severe drought and a wave of wildfires, which devastated crops.

It is unclear how long the ban will last with Russian President, Dmitry Medvedev, saying it will be in place until the end of the year and Prime Minister, Vladimir Putin, talking about an extension well into 2011.

Russia is one of the world's biggest producers of wheat, barley and rye, and the ban is likely to see bread prices rise on international markets. The Russian Agriculture Ministry says this year's crop, which is down by at least a third compared with last year, is unlikely to meet even domestic demand.

Hundreds of wildfires, the worst in modern Russian history, have been burning across central Russia in the last three weeks. The national death toll attributed directly to the forest blaze mounted to 52 and up to 2000 homes have been destroyed, leaving scores homeless.

On Saturday, heavy rain cooled the capital, providing a break from the record-high temperatures and the smog for the first time in weeks, but reports say the haze has returned Monday. The mortality rate in the Russian capital went up twice since the beginning of the fires.

Dozens of wildfires are still burning around Moscow, and there are another 500 across the country. These include a new blaze to the east of the major nuclear research facility in Sarov, about 250 miles east of Moscow. The Russian authorities say, however, there is no danger of a nuclear disaster.