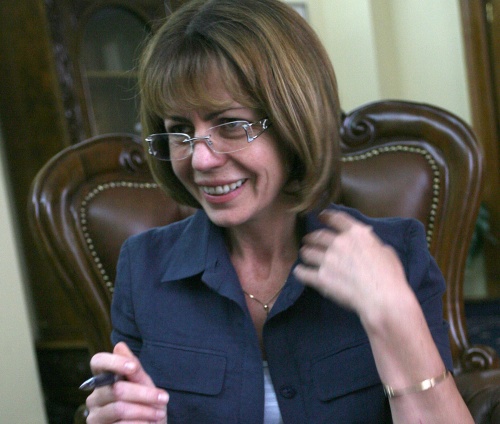 The Mayor of Sofia, Yordanka Fandakova, extends an invitation to Moscow's pregnant women, children, the elderly, the handicapped and the orphans to find shelter from the overpowering smog in the Bulgarian capital. Photo by BGNES

The Mayor of Sofia, Yordanka Fandakova, has invited pregnant women living in Moscow to come give birth in hospitals in the Bulgarian capital.

Fandakova announced the information Friday, saying that the invitation concerns women in good health and with normal pregnancy, who have been affected the smog overpowering the Russian capital, adding the maternal wards capacity in Sofia is about 100 patients a week.

The Mayor pointed out this new invitation does not mean the capital would not take children and/ or the elderly as the request of the Russian Federation has been. She explained the city will be able to greet them in a week to two weeks from now.

The invitation is further extended to people with disabilities and children from Moscow orphanages.

The dangerous smog was caused by wildfires devastating Russia and its capital for weeks.

These were the worst fires in modern Russian history. The national death toll attributed directly to the forest blaze mounted to 52 and up to 2000 homes have been destroyed, leaving scores homeless.