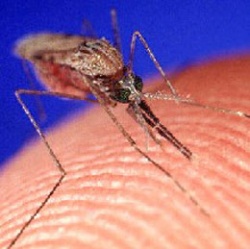 The mosquitoes, carriers of the West Nile virus, have infected 32 people in Greece. Photo by science.howstuffworks.com

The number of people affected with the West Nile virus in Greece has reached 32, the Greek ANA-MPA news agency has reported.

According to the head of the hospital in Thessaloniki, the first case of a child, infected with the virus, has been registered.

The West Nile virus begins with a fever, high temperature, nausea and vomiting, which are the symptoms of an ordinary virus infection.

Three infected people have died, but doctors claim that the virus did not cause deaths in the past five days.

The Greek Health Ministry has announced it has taken measures to fight the deadly mosquitoes, carriers of the virus.

The measures include constant watching for cases of encephalitis, increase of the public awareness and ensuring the safety of donated blood.

In some areas, the ministry has started mosquito hunting in order to prevent transmission of the virus among people.

Although the West Nile virus is spread mostly in the tropical areas, there was a warning for infected people in Greece.

The mortality in the reported cases is about 4%, but doctors believe that the majority of the people, infected with the West Nile virus, do not experience severe symptoms and do not even need medical help.

The Bulgarian Health Ministry stated Monday that they have not detected any deadly mosquitoes and have not registered any cases of the West Nile virus in the country.