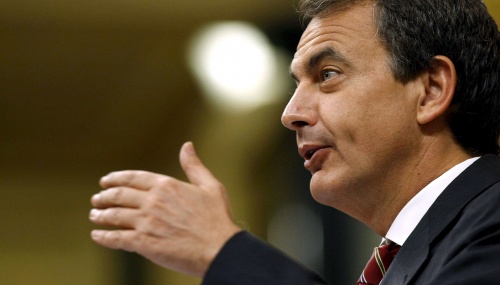 The revival of this recently scrapped idea of levying an EU tax is an attempt to generate more funds during the current economic crisis and to hush complaints from member states about their annual contributions to the EU.

Spanish Prime Minister Jose Luis Rodriguez Zapatero said "any consideration to strengthen economic and financial capabilities by the EU will be seen by the government with interest," Euobserver.com reported.

Spain joins Austria, Belgium and Poland amongst the supporters of the tax, from which the money should flow directly in to the EU budget, eliminating part of the annual contributions that member states are required to make.

The Belgian budget minister Melchior Wathelet, said that the European Union would be "fairer" if it had its own income sources, Euobserver.com wrote.

However, major players the UK, France, and Germany view the proposed tax as a blow to national sovereignty. The Netherlands also appears to be against the idea.

The member states must be unanimously in favor of the tax for it to be realized.

However, many member states, including Germany, have voiced a desire to reduce their annual contributions to the EU.

“Mr Lewandowski has said that cash-strapped member states wanting to reduce or even eliminate their national contributions to the EU would have to replace the cash from somewhere and that member states are now more open than ever to EU taxation as a way to partly replace the money they have to send to Brussels,” Euobserver.com noted.

It has been suggested that money be collected from a tax on aviation fuel, a levy on carbon trading or on financial transactions.

Among the options envisioned by him a tax on the financial sector will have the best outlook for becoming reality, Lewandowski said.

Speaking for the Polish Press Agency (PAP), Lewandowski said he expected the levy to generate EUR 30-40 B per year.