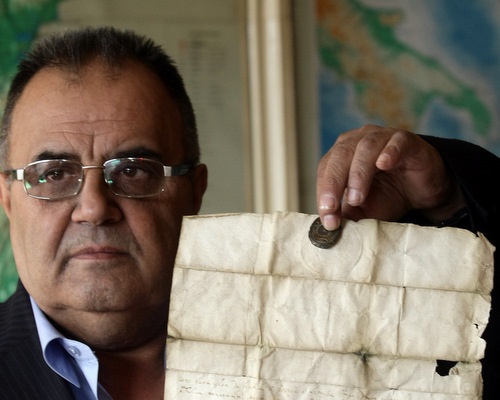 Bulgarian Diaspora Minister Bozhidar Dimitrov has been criticized in an article of Die Presse. Photo by BGNES

The “unscientific belligerence” of Bulgaria’s Diaspora Minister Bozhidar Dimitrov has affected negatively the recent discovery of alleged relics of St John the Baptist, according the Austrian paper Die Presse.

In an article entitled “The Tooth That Might Lose the Minister His Head”, author Frank Stier explains the conflict between Bulgarian Diaspora Minister and notable historian Dimitrov and the Bulgarian archaeologists over the finding of the relics in question on the St. Ivan Island in the Black Sea near Sozopol. The relics consist of a tooth, and parts of a skull and an arm bone.

The conflict – of which Novinite.com (Sofia News Agency) has provided extensive coverage – was caused by the criticism by archaeologists of the way the minister proclaimed for certain that the relics belonged to St. John the Baptist without waiting first for the proper tests such as carbon dating. Subsequently, Dimitrov accused the archaeologists in Bulgaria of being envious of the discovery made by Prof. Kazimir Popkonstantinov.

The article of Die Presse argues that there is not sufficient evidence yet about the origin of the relics pointing out that Dimitrov’s claims are essentially based on an inscription that contains the name “John” and his “archaeology of the soul of the medieval person” which the historian believes is sufficient to declare that there were no fake relics placed in church buildings in the Middle Ages.

Steir is very critical of Dimitrov for not even accepting the possibility that the relics might not belong to somebody else, and for going as far as to suggest that his native town Sozopol will become a second Jerusalem.

He mentions the numerous calls for Dimitrov’s resignation over his controversial statements, and believes that there is a possibility that the whole relics saga might cost the Minister his Cabinet seat.

What is more, the article makes a strong case that the historian’s notorious behavior has increased the doubts and skepticism with respect to the purely archaeological discovery of Kazimir Popkonstantinov.