The Lone Soviet Soldier: The Alesha Monument in Bulgaria's Plovdiv 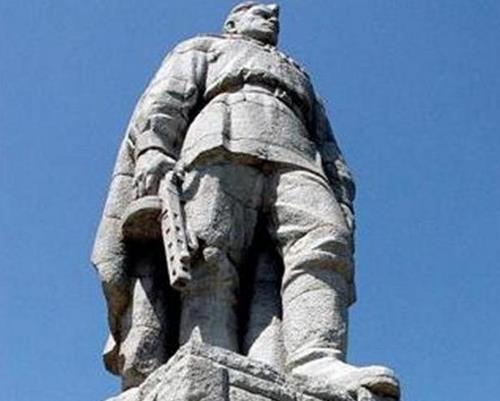 The fate of communist era monuments in Bulgaria is still a thorny issue: should they be preserved or destroyed?; should at least some of them be kept, and which ones?; should all of them be put together in a single, distant location?

The various Soviet-related monuments built in Bulgaria during the communist period (1944/48-1989) have indeed had different fates.

The most widely debated and notorious case was the one of the Mausoleum in downtown Sofia preserving the body of the Bulgarian communist chief Georgi Dimitrov, who can literally be described as the “Bulgarian Lenin” (including because his mummy was showcased for veneration by the masses for some 40 years). The Mausoleum was blown up in 1999 by the right-wing government of the UDF.

The monuments of the Red Army, however, are even more special as the debates about its role in Bulgarian history are still raging.

To put it simplistically, as one would easily guess, there are those sticking to the notion that the Soviet Army liberated Europe from Nazism at the cost of tremendous human sacrifice, and there are those who emphasize the fact that it practically occupied Bulgaria in 1944, and was instrumental in the imposing of the communist regime – which was declared a “criminal regime” with a special law in 2000.

This debate notwithstanding, there is one single Soviet Army monument in Bulgaria which is quite revered by the residents of the city where it is located. This is the so called “Alesha” Monument in the city of Plovdiv.

Many believe that the Alesha Monument is not just the most widely-known of all Soviet-era monuments in Bulgaria but that it is the most famous monument in Bulgaria whatsoever. While this claim is clearly disputable, it certainly overshadows in fame and importance the “Monument of the Soviet Army” located in the very downtown of the Bulgarian capital Sofia. What is more, Alesha, the lone Soviet soldier watching over Plovidv, does seem to enjoy the affection of the city residents.

The Alesha monument is 11 meters in height, and is located on the Bonardzhik Hill in Plovdiv. It consists of the figure of a Soviet Army soldier with his head turned to the east, holding down a Shpagin machine pistol in one hand. Its foundation bears a five-pointed star and an inscription in Bulgarian reading, “Glory to the Invincible Soviet Liberator Army.”

The name “Alesha” itself (Алёша in Russian, Альоша in Bulgarian) is a Russian diminutive of the name “Aleksey”. As explained below, it does derive from the name of the person whose photo was the model for the sculpture but it is also seen to represent the unknown Soviet soldier who fought the Nazi in the Great Patriotic War.

The monument was built in 1954-1957, and is said to be the largest granite monument in the world. It is located close the monument dedicated to Plovdiv's liberation from the Ottoman Turkish Empire in the Russian-Turkish War of 1877-1878.

The statue of the lone Soviet soldier can be reached through several paved paths circling the hill that is covered with greenery. Despite several local attempts to dismantle the Alesha Monument, it has been preserved almost intact.

What is more, in 2007, the Plovdiv residents marked the 50th birthday of the Alesha Monument, one of the symbols of their city, with fireworks and celebrations.

As of August 2010, the man who served as the model for the sculpture is still alive. His name is Aleksey Skurlatov, and he is the man, whose picture from 1944 was used by Bulgarian sculptors to design the Monument of Alesha.

In July 2010, Skurlatov was awarded a medal by the Bulgarian President. The Red Army veteran, who now resides in the Altai Republic in Central Russia, received a Bulgarian order entitled “65 Years since the Victory over Fascism” presented to him by local governor Alexandr Karlin, and an invitation by the Bulgarian authorities to visit Bulgaria.

“Aleksey Skurlatov is venerated in Bulgaria as an honorary citizen. We have given to Aleksey Ivanovic an invitation on part of the Bulgarian authorities to visit their country,” stated Viktor Krasilov, a local activist of the United Russia party who brought the medal from Bulgaria.

In 1944, in his capacity as a signalman, Aleksey Skurlatov participated in repairing the telephone connection between Plovdiv and the Bulgarian capital Sofia.

This is when a historic photograph was made of him that was later used by Bulgarian sculptor Vasil Radoslavov to design the monument symbolizing the unknown Soviet warrior, which is still towering above today’s city of Plovdiv. In 2007, the residents of the city of Plovdiv celebrated the 50th anniversary of the Alesha Monument with fireworks and concerts. Photo by BGNES