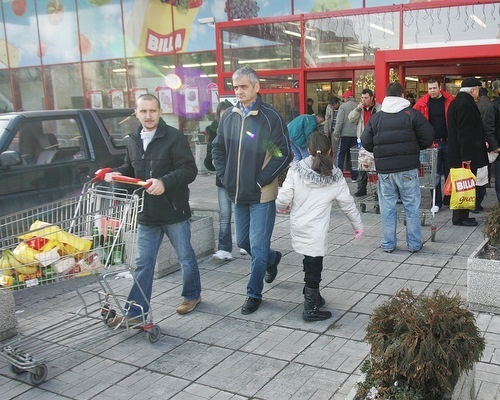 Billa, which is owned by German concern REWE Group, will open its latest outlet in Sofia in the emblematic movie theater "Iztok" building. Photo by teenproblem.net

The German supermarket chain Billa finalized Tuesday the purchase of the emblematic building of the former Sofia movie theater “Iztok” (East) for the price of EUR 1.43 M.

The building, on the Sofia main thoroughfare “Tsarigradsko Shosse,” across from the “Pliska” hotel, has been closed for years and had deteriorated badly.

Upon signing the deal, the Billa management vowed they would not demolish the former movie theatre, but will rather renew the front and preserve its look known to generations of Sofia residents and visitors.

In addition to housing one of the Billa supermarkets, the company is considering other plans for the use of space for entertainment and leisure. The community center, named after prominent Bulgarian writer “Nikolay Haytov” will be kept and renovated by the new owner.