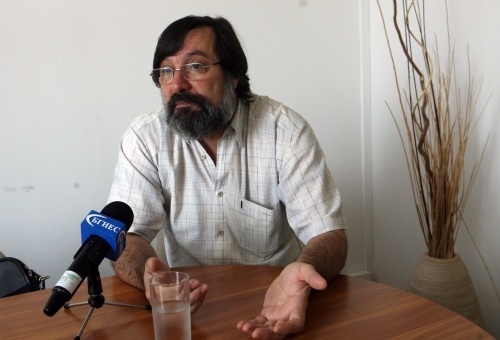 The Bulgarian Archaeologists’ Association has expressed its deep distress and resentment over the recent “offensive” and “cynical” statements made by Diaspora Minister Bozhidar Dimitrov after the finding of alleged relics of St. John the Baptist.

This has been made clear in an open letter sent by the Archaeologists’ Association to Bulgarian Prime Minister Boyko Borisov in which they scold Minister Dimitrov for describing the Bulgarians and the archaeologists as “fucking people”.

Dimitrov has repeatedly sought to explain that he did not target anybody in particular with his controversial statements, and that he was generally critical of a group of “anonymous” archaeologists who published statements in the media criticizing the sensational nature of the discovery of the relics of St. John the Baptist in Sozopol last week. He has explicitly refused to apologize to anybody for his words.

“In our view, such statements on part of a minister, a representative of the government, and a person who has long presented himself as a professional historian, and was a long-time director of the National History Museum are unacceptable in any kind of situation. This is not the first time that Mr. Dimitrov is discrediting Bulgaria. Unfortunately, this is not the first time he is the engine of a media campaign whose goal goes beyond the promotion of an archaeological discovery. In today’s global media society, such offensive words towards both the people of Bulgarian and a professional community exerting enormous efforts for the research, preservation and promotion of Bulgaria’s cultural heritage are discrediting Bulgaria and its government before Europe and the world. This is the reason the Bulgarian archaeologists are feeling embittered,” states the letter.

On Sunday, the head of the Bulgarian Archaeologists’ Association Prof. Totko Stoyanov explained his colleagues were dumbfounded by the statements of Bozhidar Dimitrov and that the latter’s promotion of archaeological discoveries in the media was “too hysterical” and was most likely serving economic goals.