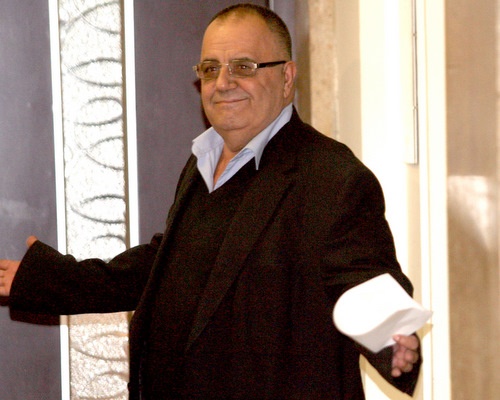 Bulgarian Diaspora Minister Dimitrov (left) has continued to make headlines with his statements after the discovery of the alleged relics of St. John the Baptist. On Monday he made it clear he has loved Bulgarian women and they have loved him for the past

Bulgaria’s Diaspora Minister Bozhidar Dimitrov has criticized Bulgarian women for entering churches in revealing clothes, after he has already been making headlines with controversial statements.

After the widely publicized discovery of the alleged relics of St. John the Baptist in Sozopol last week, the Diaspora Minister, who is also in charge of state policies on religions in Bulgaria, got into a conflict with leading archaeologists who felt insulted by his rebuttal of their criticism of the sensational nature of the find.

Speaking on Monday, he declined to apologize for his words directed against “envious archaeologists” and went even further with his controversial remarks by slamming the lack of religious culture among Bulgarians, and especially among the Bulgarian women, who he says enter churches almost naked.

“The Bulgarian women go to church in very revealing clothes, with only their nipples covered; compare them with the Russian women, of whom even the lowliest whore would put a headscarf on, and then enter a church,” Dimitrov commented at the end of last week. On Monday he elaborated his point:

“The clergymen who are listening to me now will confirm this: going to church requires some kind of a religious and human culture. There is no other place in the world where women are allowed in churches with clothes that leave their shoulders, legs, or bellies exposed. These days there are huge lines of people waiting to venerate the relics of St. John the Baptist laying in state in the St. George Church in Sozopol. You can identify the Russian women immediately – they all have headscarfs on and all wear dresses and clothes covering their entire bodies. I don’t say that all Bulgarian women enter a church the way I am about to describe but there have Bulgarian women in Sozopol who had come to see the relics straight from the beach – in revealing swimsuits, with only a towel tied around their waists. So this is how they come to see the holy relics. This is no good, damn it,” explained Dimitrov his indignation.

“Some people are now angry with me, and they want me to apologize to them. I am not going to apologize. When they put clothes on, then I will apologize. Nobody can say about me that I don’t love the Bulgarian women. I have shown that in past 60 years or so. I am always loved the Bulgarian women, and they have always loved me. But one must know when to take their clothes off and when to put clothes on,” the Diaspora Minister concluded.