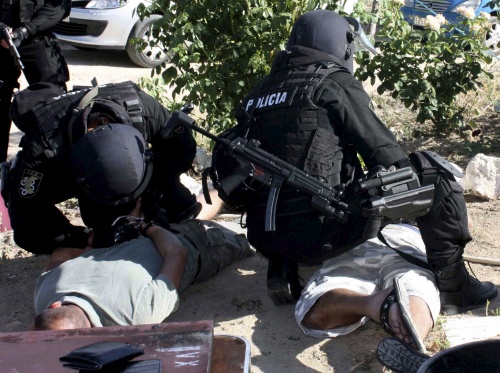 Bulgarians are reported to be very active in organized crime in Spain. Photo by EPA/BGNES

The Spanish police have found that Bulgarian and Romanians are specialists in the trafficking of cocaine, reports the Spanish paper ABC.

Half of the persons arrested in Spain for organized crime activities are reported to be foreign citizens, including many Eastern Europeans.

While the Bulgarians and Romanians are found to be frequent dealers in cocaine trafficking, the trade itself is reported to be organized most often by Columbian and Spanish citizens.

Bulgarian nationals are said to have become “reputable” suppliers of drugs in Almeria and Alicante, the ABC newspaper reports.

Moroccans dominate the trading with hashish, while Romanians and Albanians are found to be specialists on crimes dealing with financial institutions. Kosovo Albanians on the other hand are increasingly dominating the raids on real estate properties in Spain and are becoming involved with drug trafficking and prostitution as well.