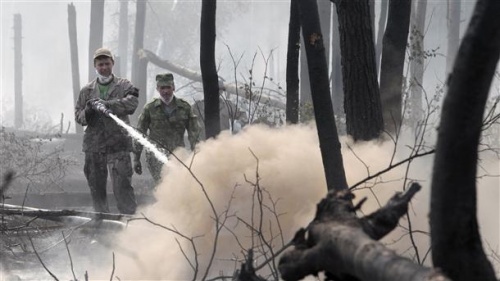 The group of 92 of Bulgaria’s best firemen has arrived in Moscow early Saturday morning and is accommodated in a camp 30 km from Moscow.

The fire fighters, who will stay in the town of Norinsk per the decision of the Headquarters, have been divided into two groups. Around noon local time they joined other teams in extinguishing three wildfires – two in the area of the village of Marino (40 km east of Moscow), and one near the town Orehovo-Zuevo (90 km east of Moscow).

The Bulgarian group also includes 3 doctors and was sent to Moscow on the order of Prime Minister, Boyko Borisov, after the latter spoke on the phone with his Russian counterpart, Vladimir Putin.

The concentration of harmful substances in the air from the smog created by the fires and smothering Moscow for days now, already exceeds 7 times the norm, prompting authorities to declare a health alert.