Wildfires Cause Moscow to Cancel Flights 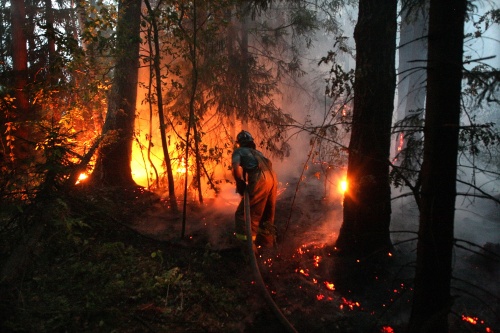 Russian firefighter works to extinguish a fire in a forest near the village of Ryazanovskiy, about 150 km from Moscow, Russia. Photo by EPA/BGNES

Moscow airports have diverted flights because of the dense smoke and the low visibility, caused by the devastating forest fires in Russia.

The Russian State Agency for Aviation has announced that Domodedovo International Airport has canceled 25 departing and 31 arriving flight to the airport. Another 15 planes have been redirected towards other airports, including the one in Nizhny Novgorod.

Vnukovo International Airport has failed to complete 20 departing and 5 arriving flights. Another 23 have been rerouted to Sheremetyevo, Voronezh, Nizhny Novgorod, Sankt Peterburg, Kazan, Kharkov and Saratov.

President Dmitry Medvedev has declared a state of emergency in the Moscow region and several other Russian regions because of the wildfires which caused the death of at least 50 people and left thousands more without homes.