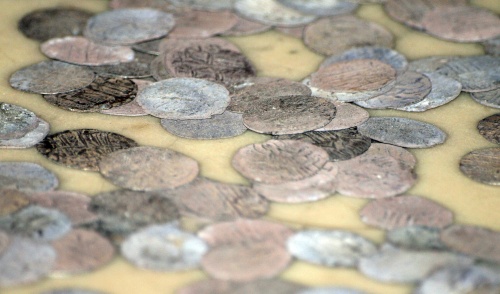 According to the Royal Ontario Museum, most of the antiques have Bulgarian origin. Photo by BGNES

Bulgaria's Culture Minister has asked the Prosecutor's Office to take all necessary actions for the receiving of the Bulgarian antiques, seized by Canadian customs officers in a smuggling attempt.

On Thursday, the Exterior Ministry announced that customs officers from the Canadian city of Montreal have seized 21 000 antique objects with Bulgarian origins in a smuggling attempt.

The Bulgarian Ministry of Culture has announced that the Culture Minister Vezhdi Rashidov has sent a letter to the Ministry of Canadian Heritage to thank them for seizing and keeping the antiques and to ask them to send them back to Bulgaria.

The antiques consist of coins, jewels, metal and glass objects from the Bulgarian, Greek, Roman, Byzantine and Ottoman heritage.

According to the assessment of the Royal Ontario Museum, a big part of the antiques come from the lands of today's Bulgaria.