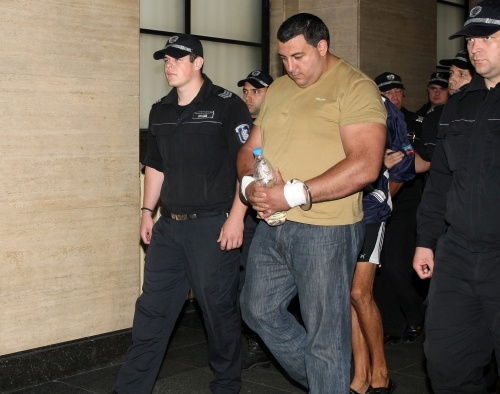 The health of Petar Stoyanov, aka The Chieftain, the President of the Bulgarian Sumo Federation recently detained and released as one of the five members of the so called “Killers” gang, has deteriorated.

Stoyanov was supposed to appear on the bTV channel Thursday morning in order to answer questions about his alleged involvement with assassination plots but he skipped the TV appearance.

Together with three other of total of five detainees he was released on bail by the Sofia Appellate Court – a decision which caused a war of words between the judiciary and the Interior Ministry and the government as a whole.

The five “Killers” were arrested for carrying out the murder of controversial football club President Yuriy Galev in June, and for being connected with other assassinations and assassination plots, including one against Prime Minister Boyko Borisov.

The arrest of Petar Stoyanov, aka The Chieftain, had even wider repercussions as he is not just publicly known but has been serving as an adviser in the Parliamentary Committee on Youth, Education, and Sports.

Stoyanov's health worsened during his three-day detention, which he spent mostly in the hospital of the arrest in Sofia. According to his lawyer Nikolay Berov, he was close to a heart attack and had dangerously high blood pressure.