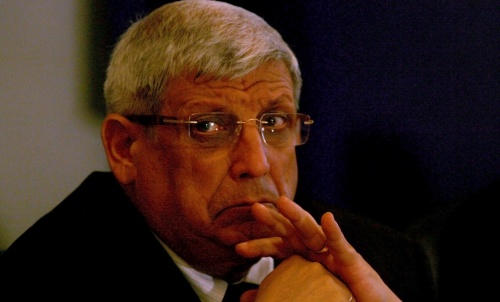 The money provided Wednesday to the Defense Ministry will be used to pay its dues under contracts with the Eurocopter Group, the Italian aerospace company Alenia Aeronautica, the German company Daimler-Chrysler, and the Belgian government signed by the former governments of Sergey Stanishev (2005-2009), and Simeon Saxe-Coburg (2001-2005).

Bulgaria has already received 11 Cougar and 3 Panther helicopters, and has paid 60% of the entire deal – about EUR 240 M – which is the guarantee deposit.

In April 2010, Bulgaria’s Defense Minister Anyu Angelov raised alarm over the possibility that, because of the terms of the contract, Bulgaria might lose both the entire deposit of EUR 240 M, and the already delivered helicopters since they remain property of Eurocopter until all due money has been paid.

Bulgaria's Defense Ministy has been hit particularly hard by financial woes and mismanagement, according to the Borisov government, which in October 2009, shortly after taking over, announced that the institution had only BGN 1 000 in its bank account.

According to Wednesday’s announcement of the Cabinet, Bulgaria still owes Eurocopter BGN 175 M. Defense Minister Angelov declared that the government was engaged in “tough negotiations” with Eurocopter in order to try to renegotiate the terms of the deal so that it can give up the three Panther helicopters that have not been delivered yet.

The contract with Italy’s Alenia Aeronautica for the purchase of 5 Spartan C-27 tactical transport military aircraft was signed in February 2006 by former Defense Minister Veselin Bliznakov for a total of EUR 91.8 M. Bulgaria has already received the first two airplanes, and still owes BGN 57.6 M to the Italian company. “We are conducting hard talks with the Italians in order to be able to give up the fifth air plane,” stated Defense Minister Angelov Wednesday.

The deal with Daimler-Chrysler was sealed in 2003 by former Defense Minister Nikolay Svinarov. It provided for equipping the Bulgarian Army with new transport vehicles, with specific agreements for each year. Thus, in 2009, Bulgaria received 155 transport vehicles under the contract for which it owes the total sum of BGN 22.3 M.

The deal with the Belgian government for the purchase of two second-hand frigates and one minesweeper for a total of EUR 54 M was signed in 2008. The vessels have already been transferred to the Bulgarian Navy. Bulgaria still owes Belgium about EUR 1 M from the payment that it was supposed to make in 2009.

“These are more of those debts left behind by the Stanishev government. We have nowhere to get the money except from the fiscal reserve. The contracts have been drafted in such a way that we either have to pay all the money, or we will lose the money we have already paid and the equipment that we purchased,” declared Bulgarian Prime Minister Boyko Borisov during a press conference Wednesday.

Borisov also said the government was providing additional BGN 2 M to the country’s foreign intelligence in order to deal with “Stanishev’s misdeeds in France” without specifying what exactly he meant.

Bulgaria’s Defense Minister Anyu Angelov in turn said that there were funds in the 2009 state budget envisaged for payments under the troubled arms deals but that the money in question was not spent on them.