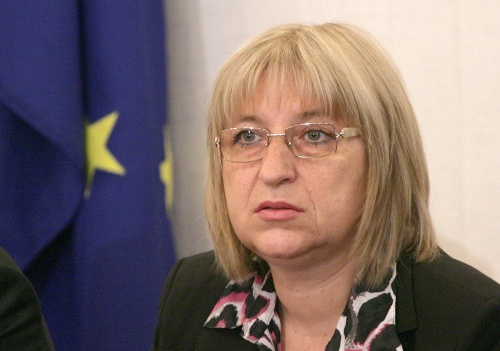 The restaurant where the Romanian citizens were denied access has been reserved for the speaker of the Bulgarian Parliament, Tsetska Tsacheva. Photo by BGNES

The Veliko Tarnovo Regional Court freed on bail late Monday the CEO of Rompetrol Bulgaria, Sorin-Octavian Nichita, and his Romanian companion Ionu? Pânzaru, who is an employee of the Romanian national telecom.

The Romanian citizens were arrested in Arbanassi near Veliko Tarnovo after midnight last Friday, when they entered in a brawl with police and security guarding the Speaker of Bulgarian Parliament, Tsetska Tsacheva. The incident began after the two were denied entry into the restaurant where she dined with other official guests.

Nichita and Pânzaru are charged with disorderly conduct and interfering with the work of police officers.

Representatives of the Romanian Embassy in Sofia were present during the court session. Both sides reiterated their widely diverging versions of the incident, with each of the parties accusing the other of gravely improper conduct.

The prosecutor said the defendants demonstrated gross disrespect towards Bulgarian authorities while the defense council pointed out their clients were polite, did not try to strangle a police officer as accused, but rather gave him a hug because they wanted to take a picture with him, and insisted on going inside the restaurant only due to the language barrier.