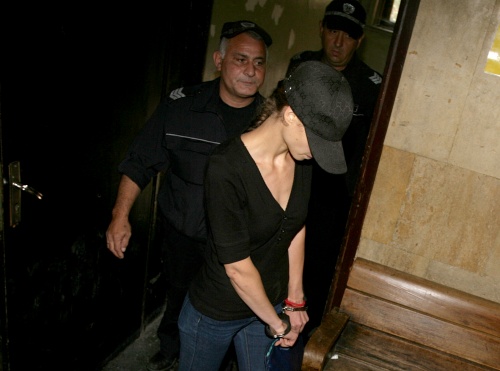 Stanislava Dimimitrova was arrested Wednesday and charged with large-scale fraud and blackmailing.

The tip-off was sent by a business lady whom the suspects pressed to pay BGN 30 000 so that the contract between her company and the Sofia heating utility is not suspended. Stanislava Dimitrova and two men were detained as they were handed BGN 10 000, the first installment of the required amount.

The Prosecutor did not offer further details about how Dimitrova and the blackmail victim first got in touch, but said the latter never attempted to contact Toploto's wife. The negotiations between the two women began about 2 weeks ago in a classical extortion scheme.

Kokinov further disproved earlier information that Toploto is involved in the case.

Valentin Dimitrov and another five co-defendants are accused of embezzling nearly BGN 2 M from Toplofikatsiya’s finances for the period from 2003 to 2006.