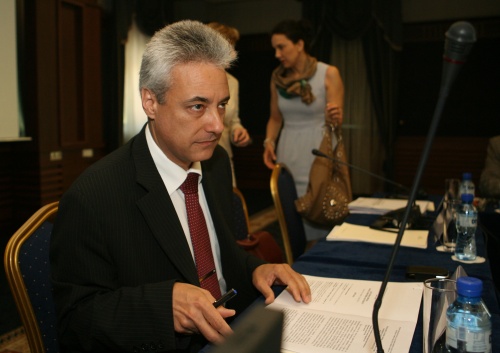 Bulgaria's deputy foreign minister Marin Raykov has been Bulgaria's ambassador to France was recently named to occupy the position again. Photo by BGNES.

Bulgarian deputy foreign minister Marin Raykov said that the Ministry of Foreign Affairs does not expect many Bulgarian citizens to be returned from France after announcement by French Minister of Interior Brice Hortefeux that France will deport Roma who have violated the law.

Marin Raykov has been Bulgaria's ambassador to France and was recently named to occupy the position again.

“At this point of time we are only waiting what measures will be taken in France and what their result will be,” said Raykov, quoted by Dnevnik.bg.

He further pointed out that the Roma in question are chiefly Romanian and French, and only few of them come from Bulgaria.

The deputy foreign minister said he expects no major operations against Bulgarian citizens.