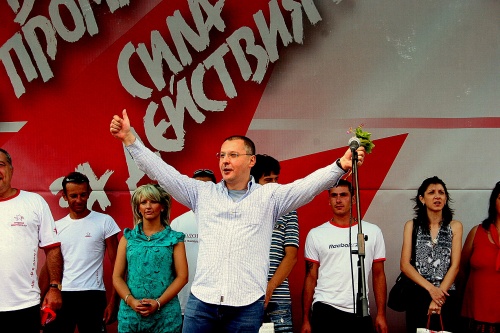 Sergey Stanishev, the leader of the Bulgarian Socialist Party, accused the rule of current Bulgarian PM Boyko Borisov for being authoritarian, violent and incompetent at the Socialists's yearly gathering at the top of Buzludzha mountain.

Stanishev explicated the acronym of Borisov's GERB party as signifying Gang for One-person Regime by Borisov. Officially, the party acronym stands for Citizens for European Development of Bulgaria.

The socialist leader lavished praise on his own term as a PM 2005-9, saying, among other things, that at that time the state budget was on a constant surplus, contrasting it with today's deficit, which according to him was brought about by GERB's incompetence. He further added that the Socialist-led ex-government did not neglect supporting areas such as education and the socially disadvantaged.

Stanishev also blasted the cabinet as undertaking a “crusade” against all cultural institutions in Bulgaria, and repeated his self-styled thesis that this is made in order to render the populace more foolish and subservient to GERB.