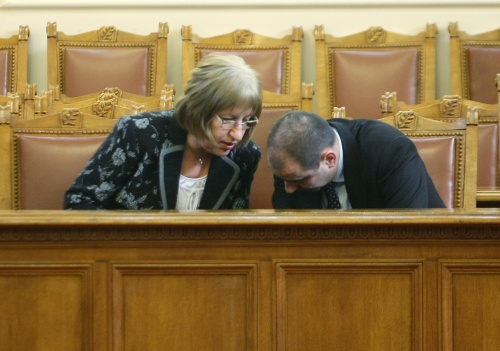 Bulgarian police must keep up the good work that we have witnessed during the GERB cabinet service in office, stated the Speaker of the Bulgarian Parliament Tsetska Tsacheva Friday.

Speaking on occasion of a recent controversial incident in which police broke in a private home in the town of Kardzhali and allegedly used random violence, the National Assembly chairman said that all recent Bulgarian police operations have been conducted in compliance with laws and regulations.

Tsacheva said that Bulgaria is not a country where police violence is tolerated.

She dismissed the incident in Karzhdali as a “not entirely pleasing accident in which perhaps there was not an adequate measure of the degree of execution of professional duties.”

The Parliament Speaker went on to defend Bulgaria's police by saying that expectations towards it are so high that officers frequently have to operate under stressful conditions. Tsacheva seconded the account of the Kardzhali incident that Minister of Interior Tsvetan Tsvetanov gave to Parliament during a plenary sitting Wednesday.