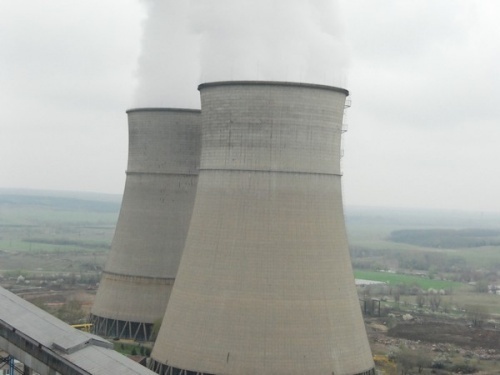 Maritsa East and other mining companies in Bulgaria are projected to prosper. Photo by klassa.bg

The New Materials market report from Business Monitor International (BMI): "Bulgaria Mining Report 2010," concluded that “positive indicators for the sector include an upward move in global prices for key commodities such as gold, copper, lead and zinc, while residential construction in Bulgaria is also beginning to pick up, according to the Bulgarian Chamber of Mining and Geology.”

Canadian mining firm, Dundee Precious Metals is also on the road to an expansion to 2 million tonnes of gold and copper per year.

“The European Bank for Reconstruction and Development may provide Bulgaria's largest zinc smelter KCM a EUR 47 M (USD 63.86 M) loan for a project to reconstruct and modernise its lead production line and upgrade its zinc process ... The project will increase yields, reduce energy consumption, reduce the need for maintenance and decrease a number of production costs,” according to the report.